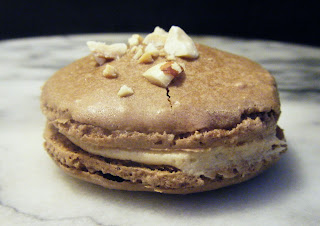 For quite some time I have been ﻿enticed by the French Macaron.  They seem to be at a height of popularity, appearing in magazines and blogs...yet I was apprehensive in trying these delicate little treats because I read that they are fragile, tempermental and tricky.  How hard can it be to create a tiny simple shell of almonds, eggwhites and sugar?  Well, it was very daunting to this first time macaron baker.

I thought I was doing just fine until I started to pipe them on the parchment.  They were a little bit runnier than I expected, and even though I went through all the trouble of making a circle template, they ran outside the lines and forming a much bigger wafer than I had planned.  I chalk that up to over beating and my piping inexperience.  In spite of the piping mishap, they came out of the oven beautifully and I was happy to see that they had feet!  Yay! Not perfect feet by any stretch of the imagination, but it certainly was a confidence booster.   When I sandwiched them together I was not gentle enough and cracked their tops.  They tasted just as I thought they should...light and crispy on the outside and dense and moist on the inside.  Quite yummy and definitely worth another effort.  I am much to stubborn to let a little cookie get the best of me!!  So Mr. Macaron...you and I have another date. 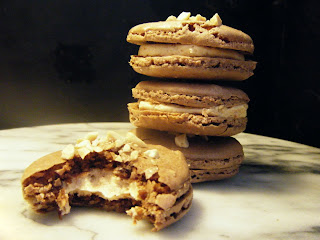 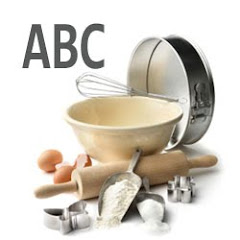